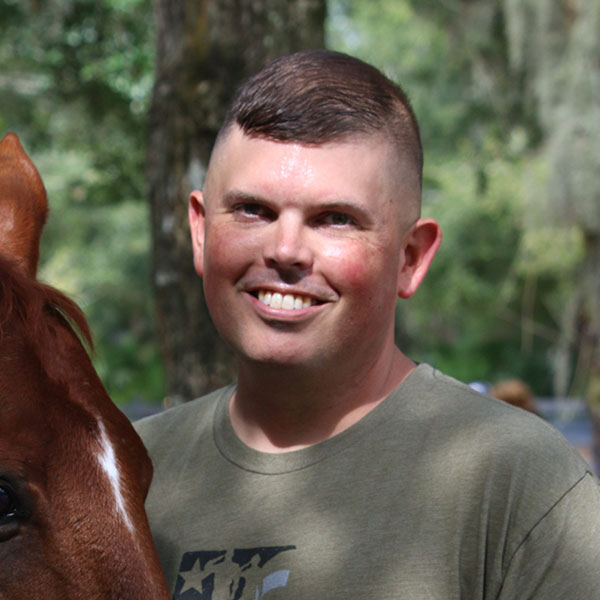 Michael joined GratitudeAmerica in June 2016 to serve as Executive Director.  Prior to joining the team he worked at Publix Supermarkets where he oversaw all corporate education for Publix’s managers.  After 20 years of service to Publix, Michael wanted to serve his fellow combat veterans.

After the 9/11 terrorist attacks Michael joined the U.S. Army Reserve in order to serve our nation.  He held various enlisted positions before taking a commission as an Army officer in 2004.  As an officer in the Reserve, Michael has commanded large units, lead troops in battle overseas, and most recently created a regional medical strategy in Southeast Asia.  He is currently assigned as a Health Services Officer at USINDOPACOM, Camp Smith, HI.  His awards include the combat action badge, meritorious service medal, and bronze star medal.

Michael may be reached at [email protected] 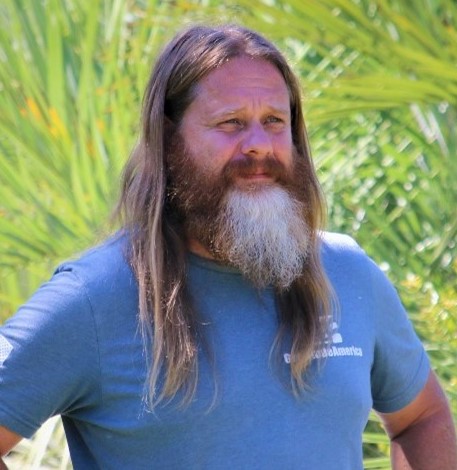 As a youngster, Chris was fascinated with tribal warrior culture. The army seemed like a perfect choice after his dad told him, ‘straighten up and find a job because you are not college material.’ For over 10 years, the 75th Ranger Regiment 1/75 became his extended family. When he was selected as the Operational Advisor for the Asymmetric Warfare Group (AWG), he developed his talent in teaching strategies for overcoming obstacles.
His skills were put to the test when his son was diagnosed with leukemia and eventually succumbed to the disease in 2006. Alcohol and excessive work masked his growing depression and anxiety. In 2020, Chris reluctantly attended Warrior PATHH after months of pressure from a friend. Now, Chris has found his passion and purpose as the Assistant Program Director. He is a more dedicated husband, a more involved father to 3 children, and has found peace in his heart.

Chris may be reached at [email protected] 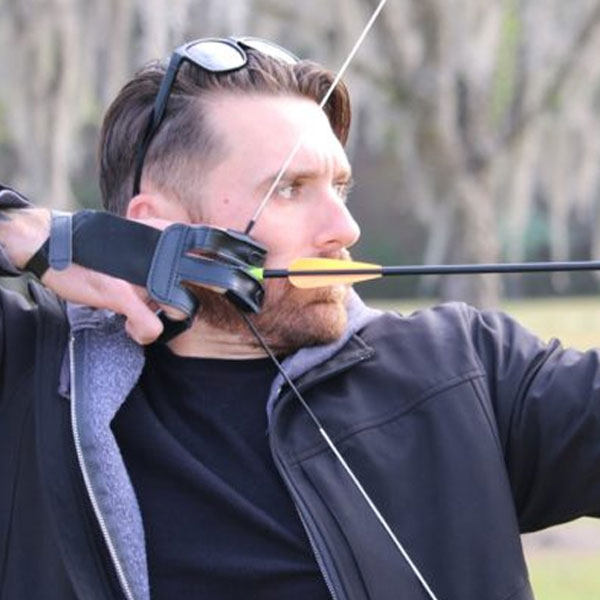 Christopher Duke, or ‘Duke’, as he prefers to be called, joined the GratitudeAmerica team in July of 2020 and serves as the Military Support Retreat Program Director.  Duke comes from a long line of patriots as he has had someone in his lineage serve in every war in United States history, dating back to the Revolutionary War. Duke enlisted in the US Army on September 12, 2001, where he first served as a wheeled vehicle mechanic and later attended US Army Infantry school, where he proudly earned his blue infantry cord. While in the Army, Duke served two combat tours: the first to Iraq in 2003, and the second to Afghanistan in 2009, where he was awarded the Combat Infantryman’s Badge, and the Purple Heart, as the result of injuries sustained from a suicide bomber attack. In his career, Duke served in the 1st Cavalry Division, Fort Hood, TX.; and the 48th Brigade Combat Team of the Georgia Army National Guard. Duke spent a combined total of eleven years in service to this great nation.

After his time in the Army, Duke continued to serve his country as he spent two and a half years as a contractor to the Department of State as a security medic, in Basra, Iraq. While working as a security medic, Duke closely guarded the lives of countless diplomats, as well as the Consulate General of Basra, Iraq. Duke also served his local community for five years as a Firefighter/EMT.

More recently, before being invited to join the GratitudeAmerica team, Duke owned a residential roof washing business which he named Blue Cord SoftWash, in honor of his fellow Infantrymen. The goal of Blue Cord SoftWash was to employ fellow combat infantry veterans struggling to find work, and every month Duke donated a portion of the company’s profits to various veteran’s organizations.  After finding GratitudeAmerica, Duke saw the opportunity to make a larger impact in a far shorter time, so he closed his business and excitedly joined our organization, where he continues to serve his country and community by serving the brave men and women who protect this beloved country.

Duke may be reached at [email protected] 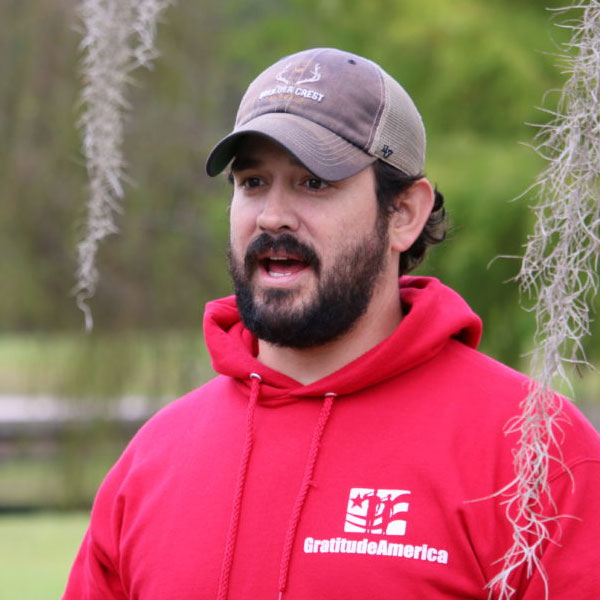 Mike’s journey started at the age of 4 when he received his first set of fatigues and took a picture in front of a 101st Airborne flag. This set the path to serve our great nation. Mike joined the Army in 2004 where he served as an Infantryman with the 101st Airborne. He served for 9 years with a tour to Iraq and a tour in Afghanistan. His service was cut short from wounds he received in Iraq and was medically retired in 2013. Through his transition mike felt like a failure as he left a lot of challenges, he set for himself on the table and this left him disconnected from himself and those around him.

In 2013 while on a trip to the Dominican Republic, he discovered SCUBA diving. This is the moment he found an appreciation for life, spiritual existential change and wanted to share it with others. Also, at this time he and his wife found out they were due to have a baby. Mike started his post-military career at the Georgia Aquarium dive team. He was presented with the task of the Veteran Immersion Coordinator and took off running. During this time Mike and Tiffany welcomed their daughter Abigail and a year later their son Beau into the world. This beautiful life-changing event propelled mike into having not only a deeper relationship with himself but also with his family.

In 2017 Mike left the Aquarium to join the Shepherd Center SHARE Military Initiative as the outreach coordinator. Mike truly enjoyed connected service members and veterans on their journey of rehabilitation and yet he knew he could do more. It wasn’t until he went to Boulder Crest Arizona’s Warrior PATHH he found his direction.

In 2019 Mike earned the opportunity to do so when he was offered the position of program director for GratitudeAmerica’s Warrior PATHH program. The family also welcomed Charlie into the world that summer.  Through these new possibilities, he has not only found personal strength but a shift in his life to helping others who struggle in such an extraordinary way.

Mike may be reached at [email protected] 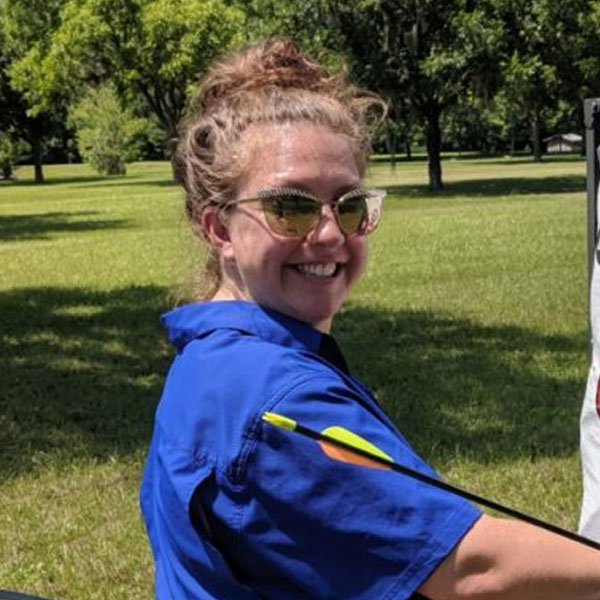 Ashley has worked with GratitudeAmerica since 2017 as a facilitator for their military support retreats program and became a PATHH Guide for the Warrior PATHH program in 2019.  Prior to working with GratitudeAmerica, Ashley graduated with an MSW from Loyola University Chicago in 2012 and since then has provided individual and group therapies to teens, couples, adults, and elders.  Ashley also has worked for the past 5 years with military veterans and their families in recreational and educational programs and is a Licensed Clinical Social Worker.

Ashley believes that there is an overwhelming (and often overlooked) value and power of people simply connecting to one another – whether it’s connecting over experiences beliefs, feelings, etc.-  that connection can be a binding and helpful force for people.

Ashley’s professional training and experience, coupled with her personal and family experience, allows her to provide different perspectives as well as a unique ability to better relate and understand others’ experiences.  Ashley collaborates with retreat participants and PATHH students to identify and highlight their strengths, identify and challenge problematic thinking/perspectives, and introduce new coping and communication skills to consider.

Ashley may be reached at [email protected]

Joe joined the US Army in 1996 after graduating High school in Price Utah. He was born and raised in Utah and wanted to travel and see the world. His first duty station was Ft Drum as a communications specialist for the 10th Mountain Division. It was at Fort Drum that he met his wife Jessica. Shortly after getting married Joe received orders for Fort Bragg NC where he was stationed with the 16MP BDE Airborne for about 6 years. While at Ft. Bragg he had two children and shortly after 9/11 he deployed to Iraq.

After his first deployment, Joe came down on orders for Germany and deployed two more times. His last deployment left him with injuries that would eventually end his career. From Germany he went on recruiting duty in Gainesville GA until he was medically separated due to his combat related injuries.

After 17 years in the military, Joe had several jobs trying to fit into the civilian world, from Schwan’s, to working as a computer engineer in Springfield Missouri. He eventually settled down in Mount Vernon, Missouri working as a Jailer for the Sheriff’s department. Joe joined Gratitude America in November 2020 and moved to Florida to start the next chapter of his life.

Joe may be reached at [email protected] 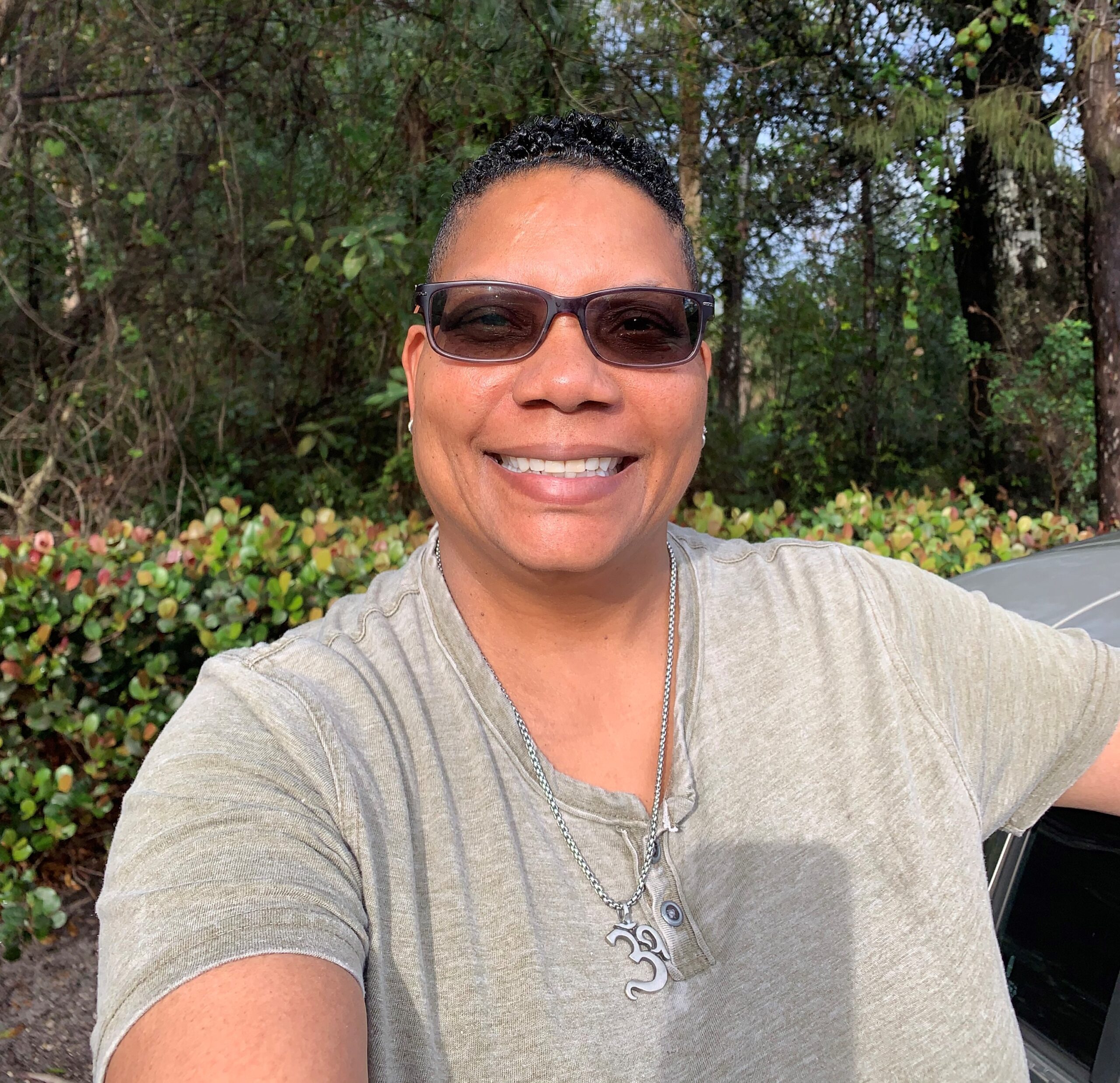 Natalie discovered early in her career that she was a natural at fundraising. Natalie's motto is "keep the FUN-in Fundraising," which fits her upbeat, happy and positive personality. Natalie believes in living a conscious life while putting positive vibes and good energy out into the Universe.

Natalie has 30 years of experience working in the non-profit sector. Her non-profit career started in New Jersey, where she was born and raised. There she spent 12 years serving as an Executive Director in various non-profits, 10 of which leading the East Orange YMCA. She earned a Master's degree in Public Administration with a Non-Profit Management concentration from Seton Hall University. Since moving to Florida, she has served twice as Executive Director and most recently as a Grants Specialist for a large multi-unit non-profit.

Natalie is excited to join the team of GratituteAmerica because of the importance of programs that support veterans who risk it all for our country. She is honored to use her fundraising and grant-writing aptitudes to ensure that our country's veterans continue to have the programs they need and deserve.

Natalie has a passion for helping others, sharing her zest for life with them, and believes you create the life you desire; "Change your thinking, change your life" is her mantra.

Natalie may be reached at [email protected]